The difference between being a “manager” and a “leader” often equates to the difference between “rules” and “principles”. One is internally motivated and drives who we are and therefore how we behave while the other is externally motivated and compels us through the threat of punishment. The values of a Leader directly impact the organizational culture and often determine its success or failure.

We'll be using webinar tools (including real-time questions and live polling) to make this a great opportunity for audience interaction. 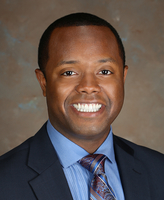 Currently serving as City Manager of Springfield (Michigan), Kevin started his career in local government with the City of Tulsa, Oklahoma as a Management Analyst/ICMA Management Fellow. He participated in, what was supposed to be, a year-long fellowship assigned primarily to the public safety departments. Catlin managed all public safety labor relations, police and fire special projects, and participated as a member of the Mayor’s budget team managing a total budget of approximately $850 million. He also completed special projects for the innovation office, IT, HR, and assets management departments, and was involved in major strategic planning of city-wide initiatives, including formulating policy for a public safety/infrastructure millage. Kevin was fortunate to be appointed as the first-ever assistant to the city manager of Brookings, SD and was shortly later promoted to the position of assistant city manager due to his exceptional performance. He was responsible for the information technology department, serving in a dual role as the director of information technology. Catlin also managed the City’s budget in partnership with the finance director, construction projects, special projects, HR issues in partnership with the City Manager and HR director, and community/economic development projects, including housing and retail developments. As City Manager of Springfield, Catlin is responsible for all services in the City. He serves as the City’s public safety director, HR director, planning & zoning administrator, and economic development director in tandem with his duties as City Manager. Prior to his career in local government, Catlin served the State of Illinois for four (4) years as a technical manager with the Illinois Department of Transportation. In this capacity, Catlin served as a DBE revolving loan analyst providing capital to disadvantaged business enterprises (DBEs) who could not obtain capital for state highway construction projects through conventional lenders. Catlin graduated from the University of Illinois at Springfield (UIS) with his Bachelor of Arts degree in criminal justice in 2012 and Master of Public administration Degree in 2014. He also holds a graduate certificate in public sector labor relations. Catlin is currently a doctoral candidate at UIS in the public administration department. 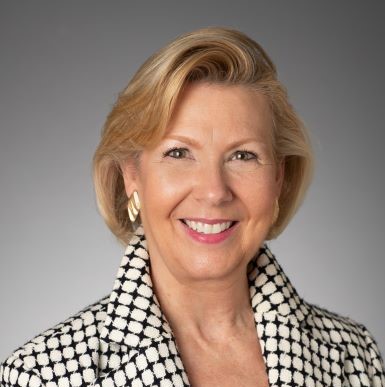 Courtney Christensen is the City Administrator of Mission Hills, Kansas.  She has held this position since April, 2000.  Courtney is responsible for the day to day running of the city and implementing the ordinances and policies adopted by the Council.  Mission Hills is unique in that all of the City’s services are privatized.  All maintenance of the City, public safety and other services, such as legal services and engineering, are provided through contractors.  There are nine full time employees providing support services and inspections.

Courtney is the 2019 recipient of ICMA’s L.P. Cookingham Career Development Award and the 2016 recipient of the Kansas Association of City/County Manager’s Buford M. Watson Award for Excellence in the Field of Public Administration. 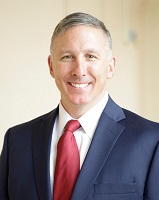 Don, born in 1968 in Dover, New Jersey, graduated from Dover High School in June 1986. He attended Rensselaer Polytechnic Institute in Troy, New York, receiving a Bachelor of Science degree in Management and was commissioned a Second Lieutenant in May 1990 in the United States Marine Corps.

From 1990 until 2017, Don served his country in many different roles, locations and commands. He was deployed numerous times, including to Iraq in support of Operation Iraqi Freedom and Afghanistan as the Commanding Officer for Marine Corps Logistics Command Forward. The last few years of his career in the Marines, he assumed command of the Marine Corps Logistics Base in Albany, Georgia for three years and then was the Chief of NORAD-NORTHCOM Theater Strategy and Campaign Plans Division.

After he retired from the military at the rank of Colonel, he moved on to his next adventure as County Manager, serving the citizens of Jefferson County, Colorado. He joined Jeffco in May 2017, where he enjoys serving alongside more than 3,000 dedicated employees.
Don is a graduate of the Marine Corps Command and Staff College; the Amphibious Warfare School; the Executive Leadership Program from the University of North Carolina Chapel Hill – Kenan-Flagler Business School; and the Marine Corps Executive Logistics Education Program at Penn State. He holds two master's degrees; one in Public Administration from Webster University, graduating with high honors in March 1996 and a second in Strategic Studies from the Marine Corps War College in 2011.